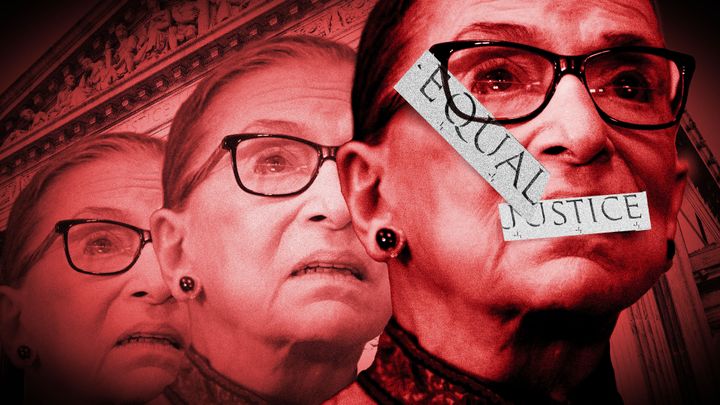 A legal scholar on the fate of Roe v. Wade after the death of liberal giant Ruth Bader Ginsburg. For almost 30 years on the Supreme Court, Ruth Bader Ginsburg was a vocal defender of abortion rights, framing the question of reproductive choice as one of gender equality. “This is something central to a woman’s life, to her dignity,” she said at her... Read more

Fox News host Tucker Carlson ripped the purported dying wish of late Supreme Court Associate Justice Ruth Bader Ginsburg, who asked that her seat be filled by the winner of November’s presidential election. On Monday night, Carlson said he didn’t believe it, but “if it were true, it would be pathetic because life is bigger than politics, even this year.” Days before her death... Read more

EVERYTHING SHE FOUGHT FOR IS AT STAKE

Between the pandemic’s toll on mothers and the right’s assault on reproductive rights, the equality Ruth Bader Ginsburg fought for has never been more at risk. Bader Ginsburg, who died Friday at the age of 87, spent her life building a world in which women and men were on equal footing, at home and beyond. Through careful, strategic legal work, first... Read more

Ginsburg, who was once passed over for a clerkship on the Supreme Court because of her gender, was the second woman to sit on the nation’s highest court. Ruth Bader Ginsburg, the liberal icon who served on the Supreme Court since 1993 and who crusaded for women’s rights before that, died on Friday at the age of 87. Ginsburg died from complications... Read more

In the November Presidential Election, I will vote for: